[vc_row][vc_column][vc_column_text]Editor’s Note: This article was published originally in the March 2007 Cross & Crescent.

Much controversy and mystery surrounds the origin of our two Founders Day celebrations, which are March 22 and Nov. 2. The source of this controversy involves the names of men familiar to all Lambda Chis.

Strong emotions, differing leadership styles, unyielding attitudes, and conflicting opinions about the direction and organization of our fraternity contributed to the creation of these two dates.

Two Days to Honor Them All 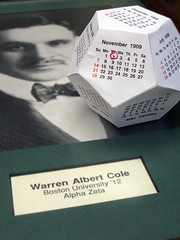 Warren A. Cole (Boston 1912) is recognized as our founder and prime mover in our expansion from a small group of like-minded men at Boston University to a national fraternal organization.

Cole had a gift for organization and a tireless commitment to his work as he set about creating our Fraternity.

His vision of Lambda Chi Alpha’s guiding beliefs, principles, ritual, and symbols, however, was underdeveloped and lacked significant meaning for our earliest members.

“Lambda Chi Alpha did not have ‘founders’ in the ordinary acception (sic) of the term. The men who organized the first Zeta definitely planned to build a national or international fraternity for college men, but their conception of this had little in common with the form which the society took immediately after men from other early chapters had an opportunity to exert an influence. Ideas brought to the infant society by these men…are what gave Lambda Chi Alpha the foundation in spiritual values and organization upon which it has developed into one of the outstanding university brotherhoods.” 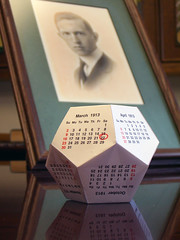 McIntosh would also claim that Lambda Chi Alpha, as we know it today, was the product of a group of young men that included John E. Mason (Pennsylvania 1913), Ernst J.C. Fischer (Cornell 1910), Samuel Dyer (Maine 1912), and to a lesser extent Albert Cross (Pennsylvania 1913) and Louis F. Robbins (Brown 1912).

Borrowing from Masonic terminology, McIntosh calls Mason, Fischer, and Dyer the “great lights casting lengthy shadows” and Cross and Robbins the “lesser lights” of our Fraternity.

The fact that Lambda Chi Alpha has two sets of Founding Fathers has led to the unusual and confusing situation wherein we also have two Founders Day celebrations.

Our original Founders Day on November 2, 1909, was exclusively celebrated to commemorate our founding at Boston University, at least until 1942.

Our second Founders Day, March 22, 1913, was originally celebrated as Lambda Chi Alpha Day to recognize the fundamental changes the delegates at the Second Assembly, which was held in Boston, made to our fraternity that year.

Lambda Chi Alpha Day was changed to Founders Day in 1942.

The Rest of the Story

Establishing November 2, 1909, as the founding date for Lambda Chi Alpha was just one of a number of options for Cole, Mason, and other early leaders of our Fraternity.

Other dates that were considered by them were:

Eventually, November 2, 1909, was selected as the point of origin for Cole’s concept. As such, it has marked the birthday of our Fraternity for nearly 100 years.

The March 22, 1913, date was selected as the second Founders Day because it was associated with the opening of the Second Assembly.

Not only was this the first assembly with representatives from more than one chapter, it was also the place where sweeping changes were made in the fundamental nature of Lambda Chi Alpha Fraternity.

In 1929, the editor of the Purple, Green, and Gold Magazine said, “… at this assembly the present esoteric name of the Fraternity, the present foundations, ritual, insignia, and basic organization of Lambda Chi Alpha were adopted.”

The Second Assembly brought to an end the brainchild of Cole and replaced it with a fraternity that was essentially new in everything but its name.

Mason, sometimes called our “Spiritual Founder,” with the help of his small committee, was responsible for the remarkable transformation of Lambda Chi Alpha Fraternity that occurred at the Second Assembly.

An important aspect of this tangled story of two Founders Days was the personal relationships of our early Fraternity leaders. At the time, they did not share the same vision and did not agree on how it should be organized and administered.

Unfortunately, the leaders often allowed their disagreements to sour their personal relationships.

Growing dissatisfaction with Cole’s administration of the Fraternity led to what was characterized as “a condition approaching a state of war with Albert Cross, Epsilon, in the summer of 1913; L.F. Robbins, Iota, in the autumn of the same year; and virtually the entire Grand High Zeta at the Third Boston Assembly; with J.E. Mason, Epsilon, in the autumn of 1917; with E.J.C. Fischer, Omicron … just before the Michigan Assembly….”

Of course, it was at the Seventh Assembly held in Ann Arbor, Michigan, that all of this internal dissatisfaction led to a power struggle that was won by Cole’s detractors.

As a result of this struggle, Cole would leave the fraternity he created and not return until 1957.

In the aftermath of the assembly, there was a systematic attempt to downplay Cole’s role in founding our fraternity. His name was seldom mentioned in any official publication. Often he would be referred to as “the G.H.A. at the time,” the “Founder,” or other euphemism.

The March 1927 issue of the Cross and Crescent, then an esoteric magazine, featured an article, “Who Are Our Founders?,” that expressed the need for a special recognition day to honor the early leaders of our fraternity. This article was followed by a proposal in the May Cross and Crescent that called for the creation of Jack Mason’s Day! 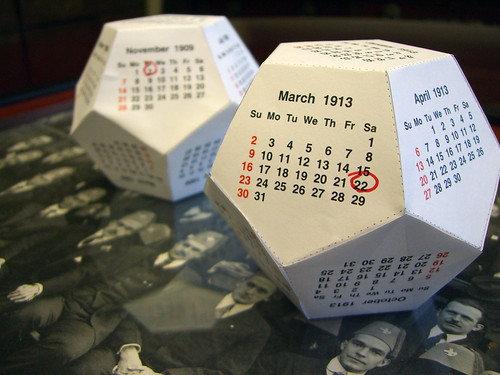 In 1931, at the Fourteenth Assembly in Nashville, Tennessee, Resolution XV was submitted by Mason to establish Lambda Chi Alpha Day. Mason envisioned the day as a time for members to contemplate the achievements of the Fraternity, pay homage to its unselfish servants, renew their loyalty to the brotherhood, and to support its worthy activities.

Mason also expressed his belief that “… no other date is more suitable for the converging of the sentiment and devotion of all Lam Chis, than March 22, 1913, when delegates of Lambda Chi Alpha met in Boston to authorize the ritual and present meaning of Lambda Chi Alpha….” In short order, the delegates approved Resolution XV.

Shortly after the assembly, Mason wrote a brief commentary on Lambda Chi Alpha Day in the October 1931 issue of the Cross and Crescent magazine. His animosity toward Cole, nearly 12 years after the events of the Seventh Assembly, was very evident.

We have two Founders Days, at least in part, because of the clash of ideas, personalities, and opinions of some of our most prominent leaders who served during the Fraternity’s early growth and development.

Another Web Remains to Be Untangled

From 1931 to 1942, our Fraternity celebrated Founders Day on November 2 and Lambda Chi Alpha Day on March 22 of each year. This arrangement allowed for the recognition of Cole’s and Mason’s contributions.

On January 17, 1942 the Grand High Zeta, feeling that the name Lambda Chi Alpha Day did not truly describe the occasion, decided to change the name to Founder’s Day.

A recent search of the archive at our International Headquarters found no official record of this decision. The events surrounding the designation of Lambda Chi Alpha Day as Founders Day in 1942 are unknown at this time.

Furthermore, no attempt seems to have been made to re-name the original November 2, 1909, Founders Day.

Hopefully, someone will come forward with the rest of this story. Until then, we have two Founders Days to celebrate each year.

I believe a good deal of stress should be put upon Lambda Chi Alpha Day. Morale is greatly stimulated by wholesome sentiment. Such sentiment is stimulated by anniversary speeches. We stand for something. Let us unite and say so.

On March 22, 1913, some of us got together to say what we stood for. Maybe it had been said before. Certainly, it has been said after. We said we stood for Christian brotherhood (with no disrespect for Jewish brotherhood, or Mohammedan brotherhood, or Buddhist brotherhood). We said that our order stood on a foundation of mutual faith, solemnly and seriously pledged. Scholarship, wholesome living, the cultivation of recreational pursuits (or “activities,” as they say on college campuses), and fraternity were the big things. Lambda Chi Alpha was not a sales proposition, a monarchy or an oligarchy. When it became these things, we emphatically said NO! at Ann Arbor, without any mincing of words.

No more need be said, but that much must be said over and over.

Lambda Chi Alpha Day is a day upon which articulate expression is to be given as to what the Fraternity stands for, and recognition is to be given to all those who have made it what it is, and any time in its history, before, at, or after that particular anniversary.

For a full view of the latest issue of Cross & Crescent magazine click the layout below.